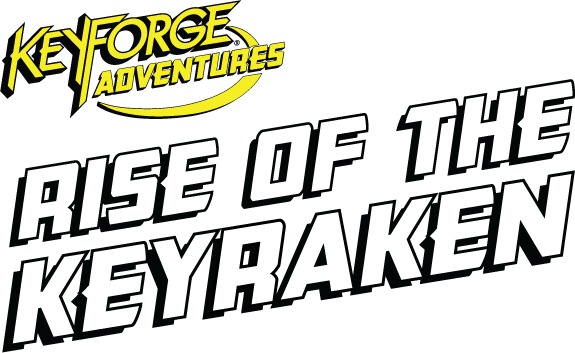 THE SOCIETY OF LOGIC AND REASON has recently lost contact with its massive undersea observatory.

Concerned about what this may forebode, the society has turned to the Archons of the Crucible for help. Promised a cache of rare æmber, a team of Archons has joined the crew of the SLRS Vortexilon, the greatest ship ever created by the crafty Logos. It’s a good thing the Archons were brought on board, too—the observatory is in ruins, destroyed by a monstrous beast!

Only Dr. Escotera, who studied ancient Crucible legends, has recognized the beast as the fabled Keyraken. Sealed beneath the ocean long ago by an ancient and long-forgotten civilization, the Keyraken has been released by an evil aquan cult, and its full might has yet to be witnessed.

Should the Keyraken reach the surface, it will submerge entire continents in its wake, bringing ruin to civilization as we know it.

The beast must be defeated!

In RISE OF THE KEYRAKEN, players must defeat the monstrous Keyraken before it rises to the surface. By harnessing the power of their own decks, clever teamwork, and by strategically manipulating the special Tide card provided in this KeyForge: Adventures module, players may overcome this emerging terror. As the creature rises, it will throw events and allies against the players, some effects scaling relative to the monster’s current emergence level (between 0 and 4).

KeyForge: Adventures are a series of unique cooperative game modules in which one to three players work together to overcome some great challenge or danger to the Crucible and its denizens.

To face the challenge inside each KeyForge: Adventure, each player must use a standard 36-card KeyForge deck, a set of keys, and sufficient tokens and counters from their own collection (i.e. sold separately).

Players follow all of the standard rules of KeyForge with the modifications described in the module.

While KeyForge is normally a competitive head-to-head game, KeyForge Adventures allow for everyone to bring their deck to play on the same side.

While RISE OF THE KEYRAKEN was previously made available as a print-and-play download from former publisher Fantasy Flight Games during the 2020-2021 Pandemic. Ghost Galaxy is proud to make it available in a commercial form.

In addition to the cards you may be familiar with from the print-and-play version, we have added a new optional “Nightmare” mode with additional cards. If you defeated the Keyraken before, this nightmare version will really give you… well, nightmares! 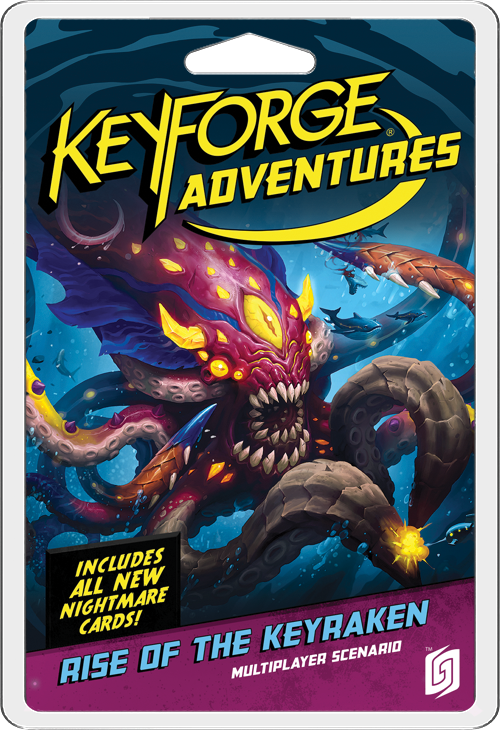 KeyForge Adventures: Rise of the Keyraken

RISE OF THE KEYRAKEN is a KeyForge: Adventure in which 1-3 players collaborate to defeat a great evil threatening the construct and denizens of the Crucible.

In this adventure, the players must defeat the monstrous Keyraken before it rises from the stygian depths of the sea. For if it be allowed to surface, it will be the ruin of all.