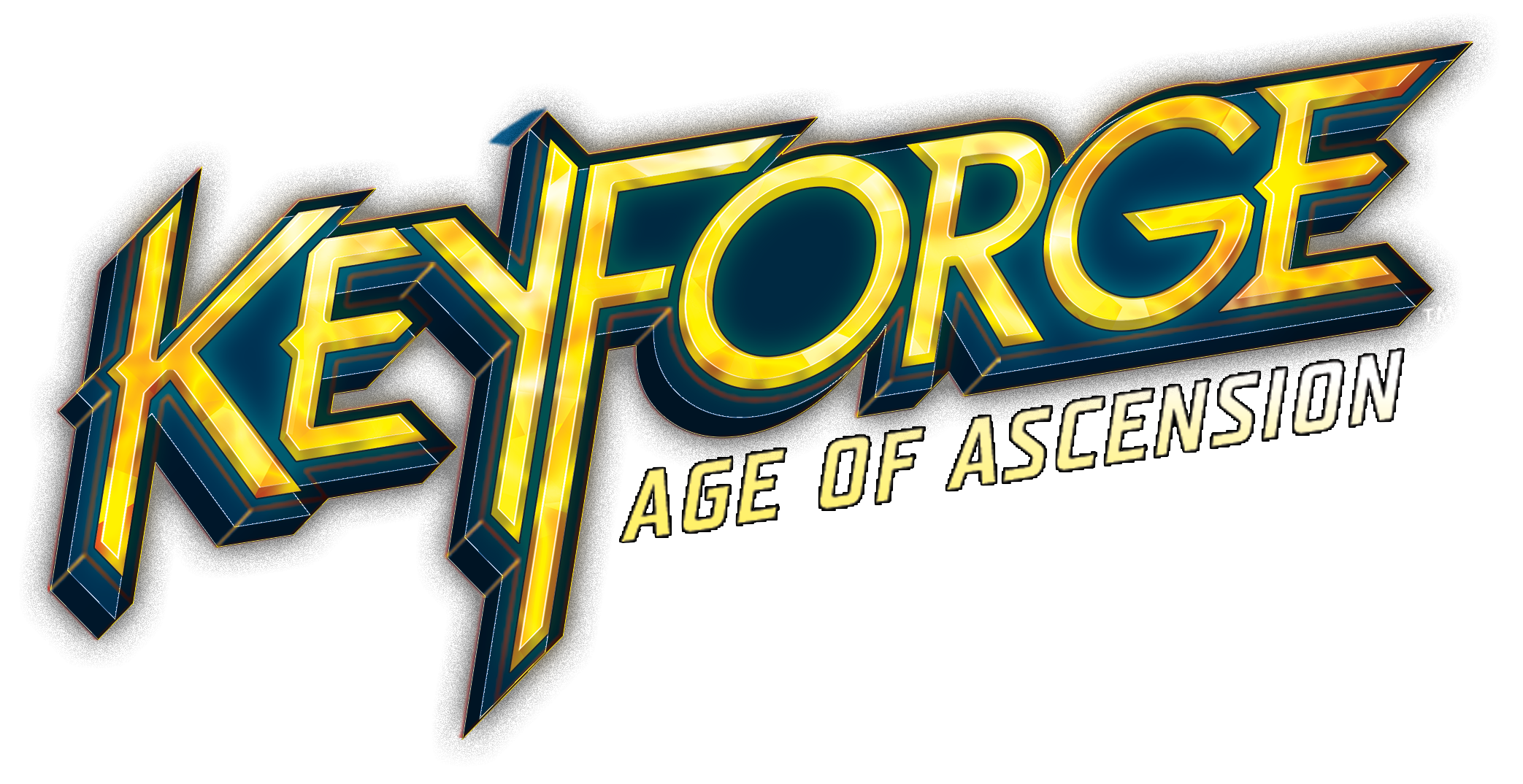 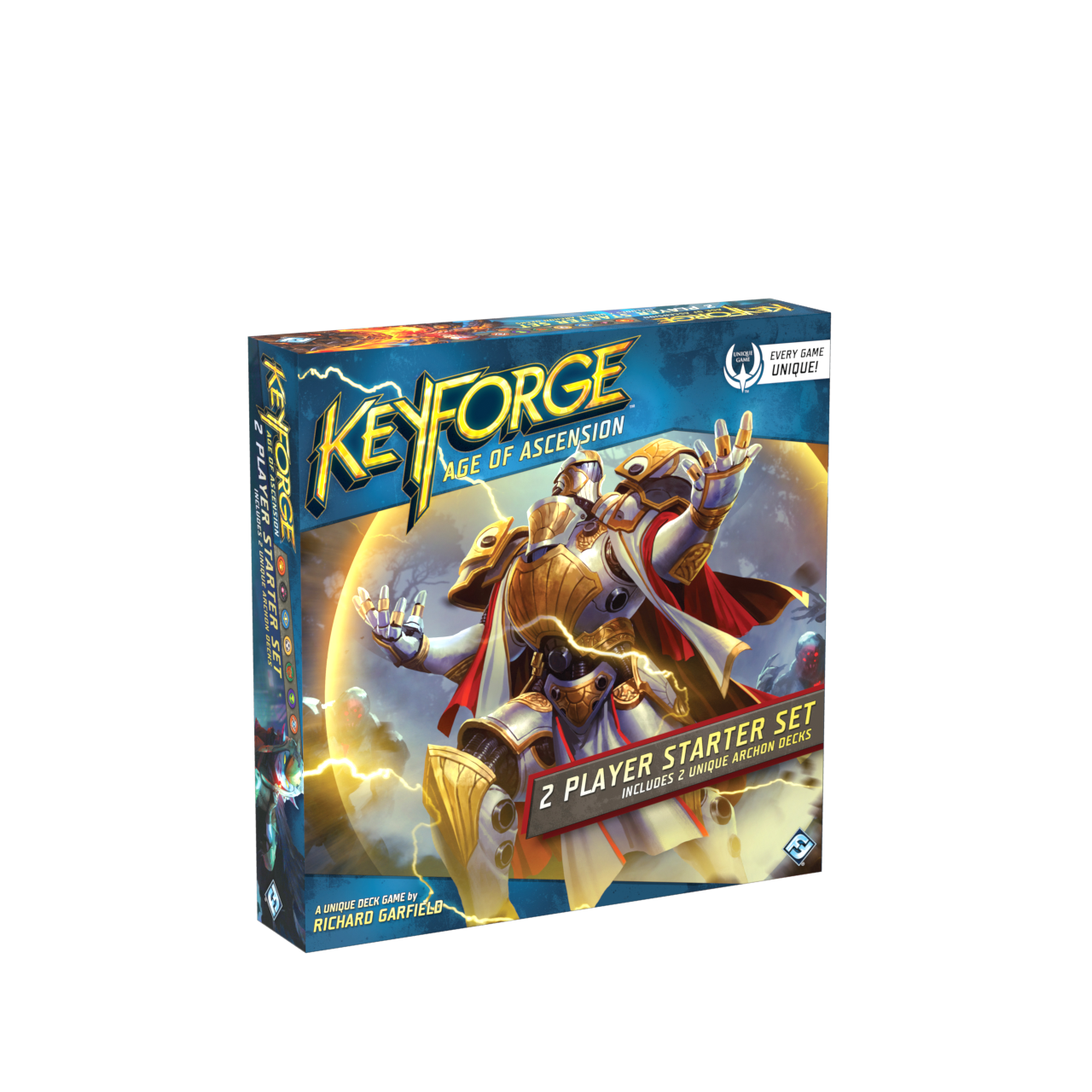 Enter a world where anything is possible in KeyForge! In the center of the universe hangs the Crucible, an artificial world built from the pieces of countless planets. Here, in the world’s first Unique Deck Game, created by legendary designer Richard Garfield, two players step into the roles of mighty Archons, racing to forge keys that unlock the Crucible’s hidden Vaults.

Leading their diverse teams, filled with followers from three of the Crucible’s great Houses, the Archons must gather Æmber, stave off their opponent’s progress, and ultimately be the first to open a Vault and gain its incredible knowledge. With a vast array of creatures, artifacts, and abilities and over 104 quadrillion possible decks, every deck is completely one-of-a-kind, and no two battles will ever be the same!

The KeyForge: Age of Ascension Two-Player Starter provides you with all the tools you need to either begin or expand your adventures on the Crucible, featuring two unique Age of Ascension Archon Decks, a Quickstart Rulebook, two Poster Playmats, and all the keys, tokens, and chain trackers you and your opponent need to start playing!