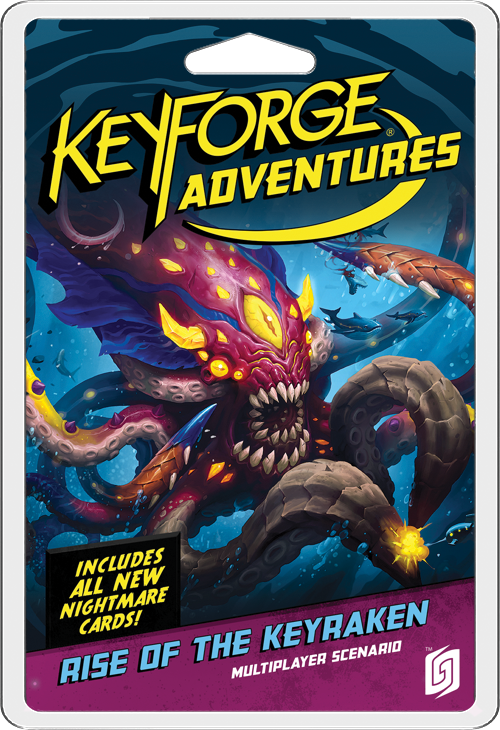 KeyForge Adventures: Rise of the Keyraken

In RISE OF THE KEYRAKEN, players must defeat the monstrous Keyraken before it rises to the surface. By harnessing the power of their own decks, clever teamwork, and by strategically manipulating the special Tide card provided in this KeyForge: Adventures module, players may overcome this emerging terror.

Includes optional Nightmare mode for an even greater challenge!

KeyForge: Adventures are a series of unique cooperative game modules in which one to three players work together to overcome some great challenge or danger to the Crucible.

To play, each player must use a 36-card KeyForge deck, a set of keys, and sufficient tokens and counters from their own collection, while challenge is represented by a special adventure deck provided by the KeyForge: Adventures module.

Players follow all of the standard rules of KeyForge with the modifications described in the module.

While KeyForge is normally a competitive head-to-head game, KeyForge Adventures allow for everyone to bring their deck to play on the same side.